Ascension #73: The Big Reading (100 Poets) at DC Space on July 26, 1985 was a special moment in Ethelbert Miller¹s series. He had paired me with Alvin Aubert for Ascension #50 in 1980, and I was anxious to know how different it would be to read with 99 other poets. I was anxious too because I was on the road, doing site evaluations for the National Endowment for the Humanities, and had to drive from Mississippi to Washington--virtually non-stop--to participate. Would I have the energy to read? When I got to DC Space, Ethelbert informed me with his inimitable gentleness that my friend Lance Jeffers had died. Died? I had just talked with Lance the previous week in Atlanta. Died? My body registered what my mind refused. When I stood to read, my eyes watered and my throat constricted. I asked for a moment of silence in Lance¹s memory and dedicated my reading of ŒJazz to Jackson to John¹ to him. Afterwards, one reader said my poems was a cool Œwalking blues.¹ He was right. I now know what I could not know when I did Ascension #79 with Gregory Orfalea late in 1985: the Ascension Reading Series had enabled a perfection of grief as my spirit walked Lance Jeffers to heaven¹s gate in those hot wee hours of a July mourning.²
Jerry W. Ward, Jr.
I have to write an essay about Lance Jeffers' seldom-mentioned novel Witherspoon.  Earlier today, Rudolph Lewis, editor of ChickenBones, brought to my attention that Julius Lester had written a novel about a sale of slaves in Savannah, Georgia in 1859.  Although Lester is best known as a writer of young adult fictions, his novel should be "put in conversation" with The Known World, Dessa Rose, Jubilee, Flight to Canada, Beloved, Middle Passage and Black Thunder to create a more balanced perspective on how African American fiction writers have created stories as vehicles for memory of slavery's scarifications. I have to write an essay about Lance Jeffers and the status of morality in fiction as a preface to thinking about the larger topic of forgetting and remembering in African American cultures. I have to write about Eugene B. Redmond's Drumvoices, a pathfinding work in the study of African American poetry.

Part of the frame for the larger topic shall be shaped by memory of conversations I have had today with Richard Jones who has done much to prevent work by Arthenia Bates Millican from slippng into oblivion, and with C. Liegh McInnis, editor of Black Magnolias. McInnis reminded me of a likely analogy between unstable stock markets and the mismanagement of dignity among contemporary African Americans ---the phenomenon of ghetto fabulous failures.  Other portions of the frame shall emerge from my weekly conversations with Kalamu ya Salaam about what is right with the world. 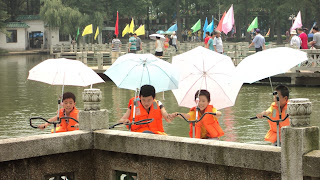 We adore and adorn
You as you are

Hope all is well.

Since I publish a blog entry  nearly every day, I tend to avoid sending my
individual posts via email, preferring not to contribute to the clutter in your
inbox. Still, I was thinking a recent series of entries concerning black reader
advocacy related to your work, so I wanted to share the one pasted below. For
the links and images in the entry, you'll need to go to the site. --H.R.

"Toward a Sociology of African American Readers & Their Relationships to Poetry"
http://www.siueblackstudies.com/2012/07/toward-sociology-of-african-american.html

On February 18, 1983, literary scholar Jerry W. Ward, Jr., delivered an essay
"Retreat into Possibility: A Literary View of the Eighties" at a program at
Tougaloo College in Mississippi. At one point, Ward mentions "the transformation
of literature of the Black Aesthetic into literature concerned with black
aesthetics" and then informs his audience that

"We do need a sociology of African-American literature to account for changes in
mode of production (writing and publishing) and in reading patterns (why do
Black readers read what they read when they read?) Unless we begin to ask and
seek answers to so-called extraliterary questions, we shall fail to see that
Black literature is an integral part of our culture not a superstructure of the
culture."

In a future post, I'll return to Ward's keen observation about Black Aesthetic
to black aesthetics, but for now, I want to concentrate on the issue of a
sociology of African American readers and reading habits. Among other things,
addressing issues concerning why African American readers what they read when
they read would assist us in understanding the connections and disconnections
between some readers and contemporary poetry.

I was recently highlighting the point that potential and inexperienced African
American poetry readers need more advocates. They need knowledgeable guides and
positive gateway experiences. They need support systems similar to the ones that
have greatly expanded for leading and award-winning writers over the last 20
years.

In January 1988, 48 black writers and critics performed a powerful and highly
visible display of African American advocacy when they made a passionate and
militant collective assertion that Toni Morrison should receive more accolades.
Morrison, no doubt, benefited greatly from their support. How might potential
African American poetry readers and readers of various genres and modes of
writing benefit from more advocacy on their behalf?

As a better way of addressing that question, we might take up Ward's call for
greater attention to African American reading patterns. Note that such a
position differs from the deficit model of considering black illiteracy.
Instead, a productive focus on strengths and active habits (why folks read what
they read when they do) might get us moving.

The Shaping of Americans 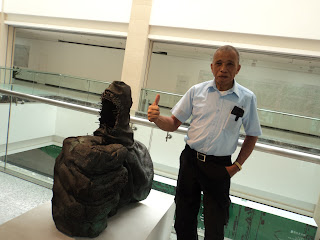 The Shaping of Americans


THE SHAPING OF AMERICANS


By listing 88 books published between 1751 and 2002, the Library of Congress seeks to begin “a national conversation on books written by Americans that have influenced our lives whether they appear on this initial list or not” (See http://latimesblogs.latimes.com/jacketcopy/2012/07/88-books-that-shaped-america ). You can take an online survey on the list at http://www.loc.gov  and nominate other titles for inclusion.  It is likely much of the conversation will be conducted in social networks, in media that encourage rants or snippets of opinion more than sustainable conversations.  Conversation in twenty-first century America is a fossil, one of the lost human arts.


To begin on the good foot a la James Brown, you must notice that books alone do not shape a nation. People shape a nation. Everyone knows the United States of America has been shaped by the tragic fate of indigenous peoples and religion-haunted Puritans and the blues-agonies of enslaved peoples and joy-drunk Cavaliers and savage misinterpretations of the Bible and a motley crew of besotted politicians, many of them not exceptionally literate. Violence, spectacle and visual representation, and music compete with the book for the gold medal of what has most influenced our lives, our habits of thought and heart.


Books do, however, shape a people’s deepest prejudices and passions. Books inculcate divergent values.  Despite the vast amount of publishing done in the United States, large numbers of Americans choose to be aliterate. Our smart, profit-greedy publishing industry exploits what is central in the American character: the authentic will to be confused and confusing.


Can the conversation proposed by the Library of Congress liberate a few Americans from philosophical caves, forcing them to see “reality” in the bitter light of “actuality”?


How have  Leslie Marmon Silko’s Ceremony (19 77), Allan Bloom’s Closing of the American Mind (1987), Alice Walker’s In Search of Our Mothers’ Gardens ( 1983), Thomas Kuhn’s The Structure of Scientific Revolutions (1962), Ishmael Reed’s Shrovetide in Old New Orleans (1978), Rebecca Sklott’s The Immortal Life of Henrietta Lacks (2011) John Rawls’ A Theory of Justice (1971), and Let Us Now Praise Famous Men (1941) by James Agee and Walker Evans influenced our lives?  It is tremendously difficult for the majority of Americans to understand the nature of that question.


As the conversation on books inches forward, we may find Americans in agreement that David Walker’s Appeal, in Four Articles; together with A Preamble, to the Coloured Citizens of the World, but in particular, and very expressly, to those of The United States of America (1829) and Thomas F. Dixon, Jr.’s Ku Klux Klan trilogy ----The Leopard’s Spots (1902), The Clansman (1905), and The Traitor (1907) have essential influence.  How could a people who are confused and confusing have the bloody audacity to deny the centrality of these texts?