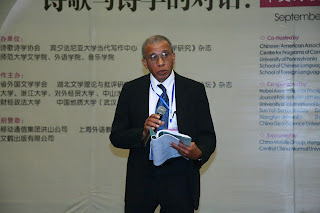 
One of the more attractive chapters in Thomas S. Kuhn’s now classic work, The Structure of Scientific Revolutions (1962), is the one devoted to the function of the textbook.  For those of us who have more than a casual interest how the world of human affairs is changing, Chapter XI. “The Invisibility of Revolutions” offers a valuable lesson.  In this chapter, Kuhn discusses with commendable clarity why textbooks as “pedagogic vehicles for the perpetuation of normal science, have to be rewritten in whole or in part whenever the language, problem-structure, or standards of normal science change” (137). As a historian of science who aware of philosophical entanglements, Kuhn painstakingly exposes a secret that was no secret for the most astute and responsible practitioners of science in the twentieth century: the illusion that science is logical and authoritative is secured by “a persistent tendency to make the history of science look linear or cumulative, a tendency that even affects scientists looking back at their own research” (139).  For all of us, regardless of our disciplines, the chapter contains a valuable lesson.


In the work of normal science, the textbook guarantees the stability of the dominant paradigm and promotes growth of knowledge.  Indeed, if natural scientists were distracted by detailed rather than truncated histories of their disciplines, it is likely they would be afflicted with the sense of crisis nurtured by their colleagues in the humanities.  It is probable that social scientists adapt the behaviors of natural scientists, minimizing detailed histories and maximizing exactness, empirical inquiry, the necessity of duplication, and the imperatives of verification as essential standards for legitimate experimentation.  It is likely that both natural and social scientists only feel a crisis when they are shot by ethical questions and compelled to give account of themselves, or when they have to grapple with whether Werner Heisenberg’s Principle of Uncertainty applies to more than the “fact” that quantum particles do not occupy fixed and measurable positions.


Kuhn’s commentary on the textbook in normal science makes it quite clear that selective historical narrative can succeed in rendering paradigm ruptures invisible or at lease translucent.  Our sense of reality is truly “constructed” or very dependent on our use of language, what we say or what we refuse to say.  Not only has the digital revolution of the late twentieth century reshaped reality or the practice of everyday life, it has also begun to modify the physical, cognitive, and spiritual dimensions of humanity.  For those of us who teach, the invisibility of the digital revolution is not a matter about which we are totally free to be flippant.  I am using the terms “invisible” and “invisibility” in the special sense of that which can not be known precisely; I do not wish to imply, as did Ralph Ellison’s narrator in Invisible Man (1952), that people’s vision is impaired as “a matter of the construction of their inner eyes, those eyes with which they look through their physical eyes upon reality” (Vintage ed., 1980:3).


If we ponder Kuhn’s book along with the seldom discussed  Narrative Experiments: The Discursive Authority of Science and Technology (1989) by the philosophers Gayle Ormiston and Raphael Sassower and the rapidly expanding discussions of everything digital on the Internet, it might be possible to have a moment of enlightenment about what is most troubling for teachers in general and devastatingly troubling for people who have taught for more than thirty years.  I do not refer to the so-called millennial student who has the courtesy of tuning out a serious lecture and engaging in the life-sustaining magic rituals of the i-Phone.  Nor do I refer specifically to the multiple reasons that forms of globalization determine radical and painful reshaping of high education in frantic efforts to achieve sustainability.  What is most troubling to many teachers is the sheer inevitability of the digital revolution, the hegemony of that revolution, and the irreversible impact on person and public life. The unquestioned optimism that Voltaire ruthlessly satirized in Candide ( 1759 ) now champions the digital revolution in this best of all possible worlds and champions, perhaps unwittingly, the gradual dehumanization slithering in the motions of swiftly changing technologies.


Change is inevitable.  Efforts to resist are as effective as sitting on the banks of a river and asking the water to stop running.  We shall only be inundated by more data that is endlessly produced by hardware and the bottomless well of software. Thus, we are obligated to respond to an ancient question: How shall we manage change?


Scholars in all disciplines do acknowledge that change, both as a concept and as a practice, is inevitable. Many of them welcome the dazzling promises of emerging technologies, for they are convinced that the creation and transmission of knowledge in a future must be digital.  They are right. Nevertheless, digital technology can function as does the textbook about which Kuhn writes. It can limit memory. The change it promotes can have a profound, irreversible impact on methods of research, on our choices of what is valuable and what is trivial, and on our understanding of how “revolutionary “ paradigms and epistemes operate in disciplines and in interdisciplinary work, on how we frame questions.  Such change can diminish the capacity of the human mind to deal with hard questions. In the context of invisible revolutions, we should do for our students what our teachers did for us. We should challenge them with hard questions for which neither Google nor any other search engine will provide an answer.


It encourages older, traditional scholars to be cautious and skeptical. To be blunt, a few of us honestly want to know what is at present only a matter of speculation in cognitive sciences: the consequences of long-term exposure to electronic forms on the brain. Will it be the case half a century from now that man’s higher order cognitive operations have been so altered that independent critical thinking will be minimal?


Some of us who have not been figuratively in “arranged marriages since birth” with emerging technologies are more willing than our younger colleagues to question just how progressive are swift changes in our disciplines and in the purposes of education. We want to know how the romance with digital technology is related to globalization. We want to know how the “love affair” with technology and everything digital is increasing or diminishing thoughtful, historical reflection on the formal (structural) and cultural (discursive) changes. One colleague has warned me that expressing concern about history is a mark of my own antiquity. So be it. Occasionally,  real virtue can be found in being antiquated and morally responsible in nascent, amoral environments. I would claim that the real virtue possessed by those who have taught for many years is wisdom.


In the ancient days before the 1970s and the ascent of the theoretical turn, we spoke and wrote in the humanities and a few other disciplines  of sound, perception, ambiguity and skeptism,  great issues, discrimination and sense. Now we find ourselves in conversation with problematizing sound, topical concerns, ideologies incapable of naming their boundaries, sensations, and spectacle. The Association of Research Libraries (ARL) and the Scholarly Publishing and Academic Resource Coalition (SPARC) have sought to persuade us to embrace “Create Change,” an initiative which “advocates changes that recognize the potential of the networked digital environment” (see http://www.createchange.org/about/index.shtml). If we fail to subject that potential to scrutiny, we may discover digital scholarship blindly imitating social networking. Representations “speaking to” representations might obscure the awareness that knowing the history of one’s discipline as well as one’s own historicity is endlessly significant.  Common sense and the value of one human being talking face-to-face with another are not yet dead.  They can co-exist with digital adventures and technology-bound instruction.[1]


Change is inevitable. Nevertheless, passive acceptance should be balanced with active resistance. Scholars in all disciplines, especially those in the human sciences, ought to think deeply about a central question that can be articulated in disturbingly plain language: is the ultimate outcome of digital scholarship the liberation or the enslavement of the human mind? That question is one bit of wisdom that those who have taught for many years can offer to higher education, to the always changing world.


[1] It is sobering to read Paul Fyfe’s “Digital Pedagogy Unplugged” – http://digitalhumanities.org/dhq/vol/5/3/000106/000106.html  and to think about his claim that “Q &A and in-person discussion” in a classroom might restore what overmuch dependence on computers has “senselessly displaced” (paragraph 8).

In his introduction for the anthology Black Southern Voices (1992), John Oliver Killens quoted an observation Richard Wright made in 12 Million Black Voices: “…you usually take us for granted and think you know us, but our history is far stranger than you suspect, and we are not what we seem”(3).  Killens knew, and Grandt has learned by virtue of highly principled scholarship, that it is suicidal to take Black South cultural expressions for granted.  One valuable function of Shaping Words to Fit the Soul  is its reminding  post-whatever literary theorists and critics that history is not dead, that recovering histories is a crucial gesture in interpretation.


Grandt’s exploration of Afro-modernism ( in the sense that Houston A. Baker, Jr. articulates that concept in Modernism and the Harlem Renaissance ) led him to examine it as “modernism with a historical conscience” and, thus, to avoid being hit by the boomerang of post-modernism.  Grandt is as savvy as any post-modernist I know, but he exercises remarkable common sense in reconfiguring “southern ritual grounds as situated in time and mind rather than in time and place”(9).  The key word is mind.  Indeed, such Black South writers as Jean Toomer, Richard Wright, and Tayari Jones are noteworthy for how they have artfully inscribed their minds upon the page.  Overmuch attention to the mythology of Southern place obscures the genius of their artistry.


Grandt makes a fine contribution to Wright studies in Chapter 3  ---  “Roll Call: Richard Wright’s ‘Long Black Song’ and the Betrayal of Music.”  I urge Wright scholars to revitalize historical conscience by reading all of Shaping Words to Fit the Soul and giving special attention to the chapter on Wright.  Grandt makes a good case for reconfiguring how we study the clash and cooperation of genres in Black South cultural expressions, including the contemporary hip hop representations of the “Dirty South.” But what he does in his commentary on “Long Black Song” is invaluable, because it validates the unending quest for the pre-future in our study of Richard Wright.  Read Shaping Words to Fit the Soul and be renewed.